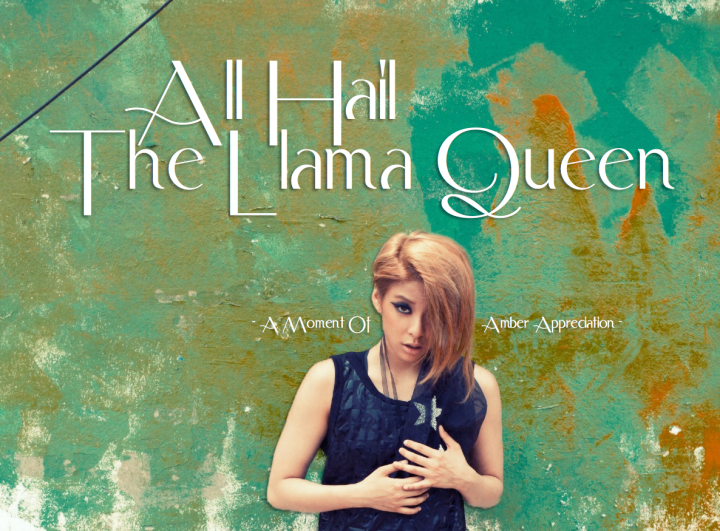 Amber is the rapper of the now four member SME girl group, f(x), and is a shining beacon of 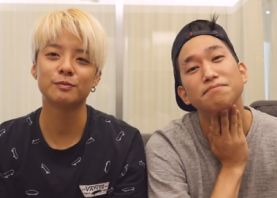 hope and modernity in Kpop. She is best known for being androgynous, opting for men’s clothing and a short hair cut, a concept that initially earned her a large fan base, but has since gotten her some criticism. Even I can cop to complaining that Amber was getting boring by doing the same androgynous thing over and over, comeback after comeback, and was in need of a makeover.

Then, came What The Pineapple, Amber’s new, personal online venture with friend and fellow artist Scott. The YouTube channel has helped me realize not only that Amber being androgynous is NOT a “concept,” but rather it is her being herself, but also that Amber is actually an organic breath of fresh air in Kpop.

As opposed to other girl group members like EXID’s Hani, who are praised for “being themselves” and not conforming to being the typical female idol, I believe that Amber’s personality and her image is authentic, proof of which can be found in her incredible high level of freedom.

Amber is one of the most well known idols, with one of the largest fanbases in Kpop. She is friends with just about everyone in Kpop, including and especially some of the hottest guys with the most dedicated fans. And yet (not that I am hoping she will), she never gets attacked and accused of having ulterior motives by said fans for taking photos with and hanging out with them.

But how did Amber get here? 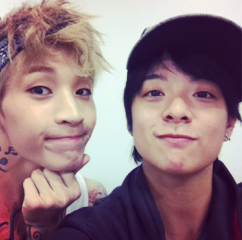 Not by wearing revealing clothing or perform suggestive dances, but by being her authentic self. Amber is doing What The Pineapple with Scott completely independent of SM and f(x), and through the channel we see why fans and her fellow idols gravitate towards her. On the channel she has lets fans in on her love for sneakers, as well as her skills outside of rapping, revealing that she does all editing for the channel.

Besides the fact that Amber can be friends with who she wants to, dress how she wants, and partake in hobbies, and share them, as she pleases, her unique freedom in an industry that very strictly dictates how women can act, the greatest effects of Amber’s freedom to be who she is, are the positives effects she’s had on her group f(x).

Personally speaking, f(x) is one of my all time favorite groups. They consistently release solid, cohesive, high quality albums, and are one of the most technically perfect groups (not girl groups, but GROUPS) in Kpop, and they have achieved all this without having to pull the same stunts other girl groups have had to, in order to achieve fame and recognition. This is possible, largely in part I think, thanks to Amber. Her ability to be who she is has anchored the group, allowing almost forcing them to rely on skill rather than manufactured controversy.

I can firmly say, NO OTHER female idol could on her own, start a YouTube channel with a man, a friend, a mainstream celebrity or underground artist, hangout with him, make videos and do so without major backlash. And for that, my eyes are opened to the fact that Amber is a Kpop gem that needs to be cherished, and who’s authenticity should be encouraged.

So, can we give Amber a round of applause, a pat on the back, and a big ol’ thank you for being true to herself and giving Kpop idol hopefuls and fans of the genre (and music in general), hope that there is room in this world (and the industry) for authenticity.