There has been speculation for a while now that EXO-M member, Tao, has left the group, following in the footsteps of fellow ex-members, Luhan and Kris. Especially following Tao establishing a work studio in China without SM’s knowledge, and removing EXO from his Instagram bio.

As with other issues going on in the company, SM has only released a short, vague statements on the matter:

“It cannot be confirmed whether Tao is staying or leaving. Negotiations are still ongoing.”

However, their recent move suggest that the rumor mill is correct in saying Tao is an EXO member no more: 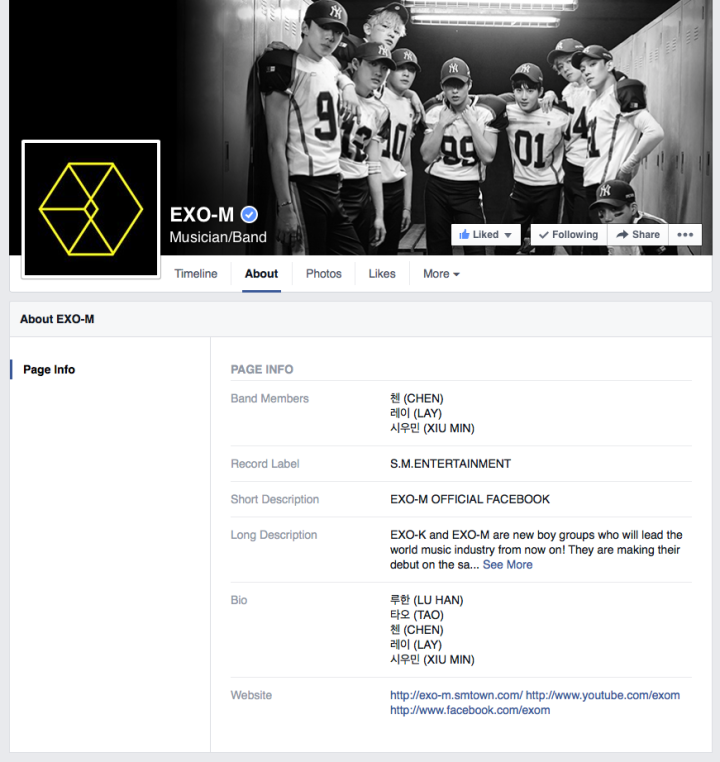 Tao’s name has been removed from the Band Members section of EXO-M’s official Facebook. But, the fact that his name is still in the Bio section is either sloppy work, or more likely, the ultimate SM troll.