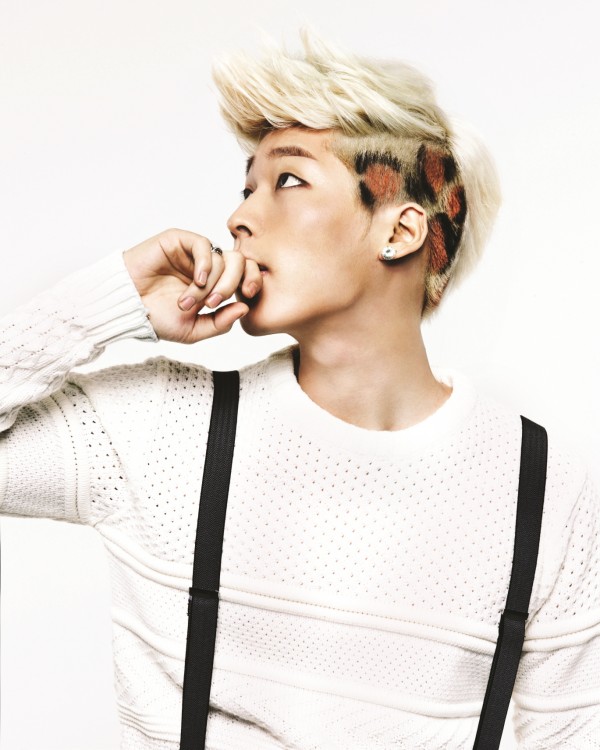 M.I.B’s Young Cream, now apparently going by the name Blue Cream, has created quite a stir on Twitter with a slew of what can only be assumed are drunk tweets.

On February 3rd, the rapper took to his Twitter to call out Pharrell, Drake, and Jadakiss because they weren’t returning his love calls

The people i contacted, if they don’t contact me back i’m going to make a diss rap about them. Jada, Pharrell, Drake. Keep in mind,

@Pharrell i represent korea. i’m Blue Cream, weren’t you waiting for me? you inspired me growing up. like your name, i’m forreal.

@Therealkiss i represent korea. i’m Blue Cream, weren’t you waiting for me? you inspired me growing up. like your just kiss ma track with me

@Drake hey drake i better then “you” i represent korea. i’m Blue Cream, weren’t you waiting for me? If you know real. hit me up i’m ready ㅗ

This is just a sample, to see all the hot mess click here. 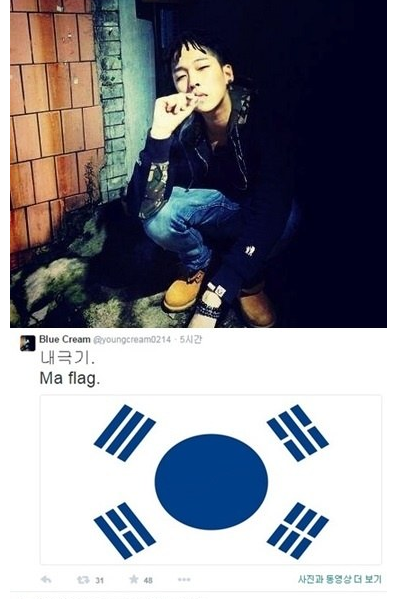 Then he later went on to went on to rant over overrepresentation of Red in Korea’s flag.

Fan: “This might get you in trouble.. I suggest you delete your tweet ㅠㅠㅠ”
Cream: Wow.. so frustrating.

“There was a reason our ancestors told us not to write our names in red ^.~ You have to point out what’s wrong.”

“I’m going to get my version of the Korean flag tattooed on me. I’ll put it on hold if my mom’s against it.”

“I’m not rejecting the current flag as it is. I’m just saying I like my version better.”

“To the people who don’t like me, stop reading my posts. And if you see me on TV, you can just swear and change the channel. And if you hear my song, diss it. Being honest isn’t a crime.”

“It was hard for me because I never got into any controversies. I want to get in one ^.~ Nobody around me cares about this stuff and lives their life just fine.”

“I’m not wrong, don’t worry. The world where people who die because they don’t have enough to eat is the one that’s wrong.”

“I’ll slowly prove to you that you’re the ones who refuse to accept me are wrong.”

“Journalist-nim, thanks for giving me your attention amidst your busy schedule. According to the law, I said that I did not reject the Korean flag and I did not physically harm the flag but merely photoshop it. And according to this law, I am innocent. Thank you.”

And of course netizens had lots to say, surprisingly I agree with them. It seems like he’s trying to shoot the fame that Kangnam is building for the group in the leg. He’s of course deleted everything, but someone really needs to get  Blue Cream that app that requires a breathalyzer tester before you can use your cellphone…