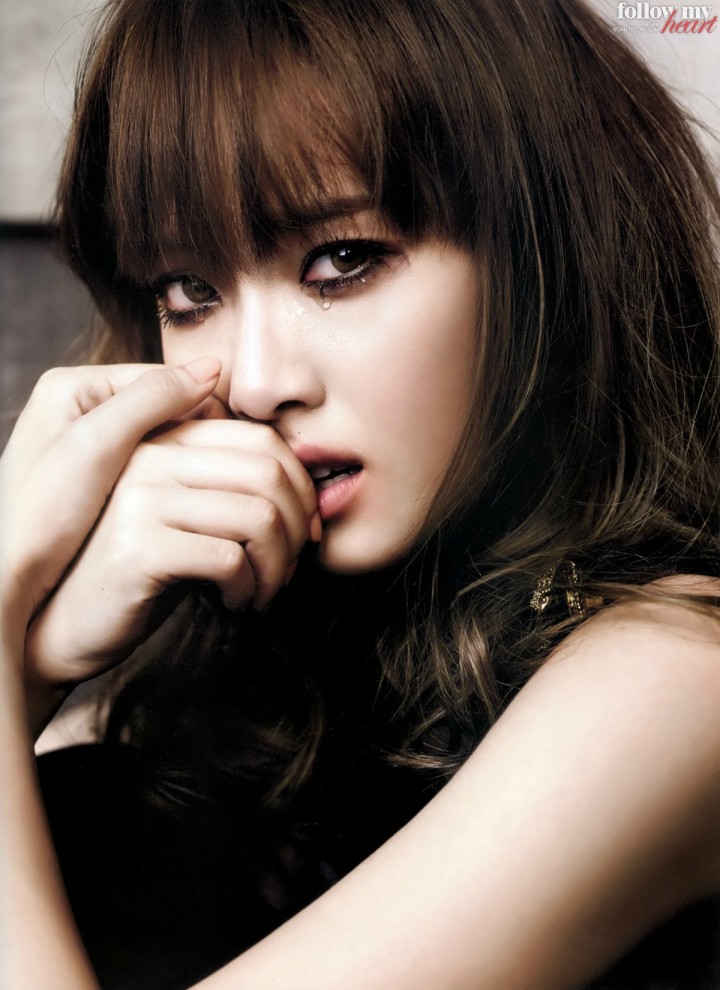 Yesterday evening Jessica Jung posted to her Weibo account (Chinese social media portal) that she was no longer a member of the divine 9:

“I was excited about our upcoming fan events only to shockingly be informed by my company and 8 others that as of today, I’m no longer a member. I’m devastated – my priority and love is to serve as a member of GG, but for no justifiable reason, I am being forced out..”

Among the confusion fans were speculating that Jessica was kicked out because she wanted to pursue her personal dreams side of the group, but SM Entertainment was unable to confirm anything saying they were trying to contact the correct people.

Hours later the agency release an official statement confirming Jessica’s departure from the group, but NOT from the agency:

Hello. This is SM Entertainment.

We are offering our position on the message posted on Jessica’s Weibo posted today.

This coming spring, due to her personal situation, she notified us that she will halt her team promotions with the release of one [more] album.

Despite Jessica’s sudden notice, the agency and the Girls’ Generation members tried our best and tried to figure out a way that Girls’ Generation’s activities can continue in the best possible direction.

However, in the midst of insufficient clear negotiations regarding conflicts of differences in priorities and interest, Jessica started her fashion business.

Due to this, despite ongoing talks, it has come to a point where the team could not be maintained any longer.

Thus, the agency had no choice but to pull up Girls’ Generation’s activities as 8 members earlier than planned, and in the midst of while working out when to announce this, Jessica had posted her words early this morning.

From here on, our agency will continue to support and manage the 8-member Girls’ Generation and Jessica’s individual activities.

SME staff has also revealed that Jessica is planning to get married to her rumored boyfriend/fiancé Tyler Kwon in May of 2015.

Despite rumors that the rest of SNSD were the one’s to kick Jessica out of the group, some of the girls were spotted wearing Jessica’s BLANC sunglasses in the airport on their way to their Chinese fan meeting.

At the fan meeting performances Jessica’s parts were not sung, but the group was faced with a pink “J” ocean. Some of the members were pictured crying:

One thought on “[The Kpopalypse Is Real!] We’re Breaking It All Down: Jessica Is Out; Marriage, Rumors and Tears Follow”