Classified as a romantic-mystery-suspense-comedy drama, “My Secret Hotel“ combines the unlikely genres to bring out a pretty well rounded show. Even though its still early in the game, if it keeps up with the great writing and acting, this could be one of the better dramas of the year.

“My Secret Hotel” tells the story of a cheerful, perfectionist wedding planner (Yoo In Na) who works in a prestigious hotel called The Secret Hotel. Briefly married for only 100 days, Nam Sang Hyo never thought she would see her ex-husband again…until she ends up planning his wedding. Gu Hae Young (Jin Yi Han) is a wealthy architect engaged to the beautiful but self-absorbed Yeo Eun Joo (Lee Young Eun). Rounding up this love-triangle is the ever so suave Jo Sung Gyeom (Namgoong Min) who happens to be Nam Sang Hyo’s boss! In the midst of the romantic storyline, a character gets murdered disrupting the entire wedding process.

Yoo In Na has this endearing charm that oozes out when she comes on the screen. It makes her so likeable and appealing that even if you weren’t a fan you’d still be drawn to her. Now I wasn’t looking forward to watching Namgoong Min play the same character again (see him in I Need Romance 3) where he’s all mysterious and broody but is pretty superficial storyline-wise. But surprisingly he’s actually emoting more than in his former role.

I’m actually rooting for Sang Hyo and Sung Gyeom to get together because not only would that make her ex jealous, it would also open her eyes to see what she could be missing not being with Hae Young. And can I say that the chemistry between the two leads is spot on!! The way they look at each other with that undisguised longing especially when it comes from Jin Yi Han, just makes me melt. 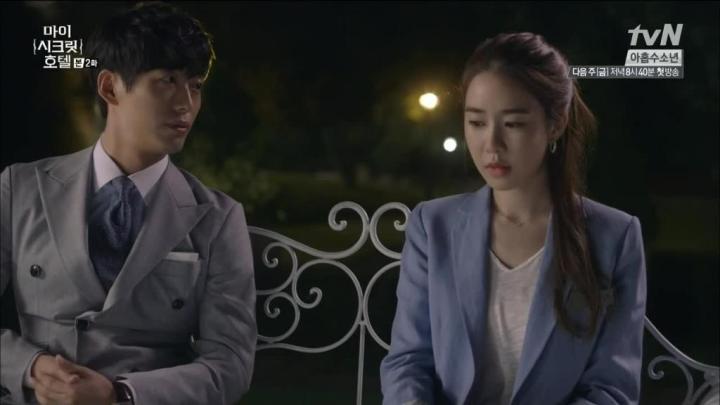 I can only hope that this drama continues to be great and though the writers have changed hands (the original writer, Kim Ye Ri, passed away earlier in the year) it doesn’t feel “off” as if the new writer is continuing what Kim Ye Ri started.

I hope you guys will check out this drama, I promise you won’t regret it!