This edition of ‘Who Wore It Better?’ brings three summer fashion showdowns in Agent Provocateur.

First up we have model turned actress, Choi Yeo Jin, against Miss A’s Jia. Both wearing this black and white version of the Agent Provocateur Mazzy one piece swimsuit. Jia wore it as she modeled along her members for Elle magazine’s November 2013 issue, while Choi Yeo Jin wore the swimsuit to show off her toned body in the July 2013 issue of In Style magazine. 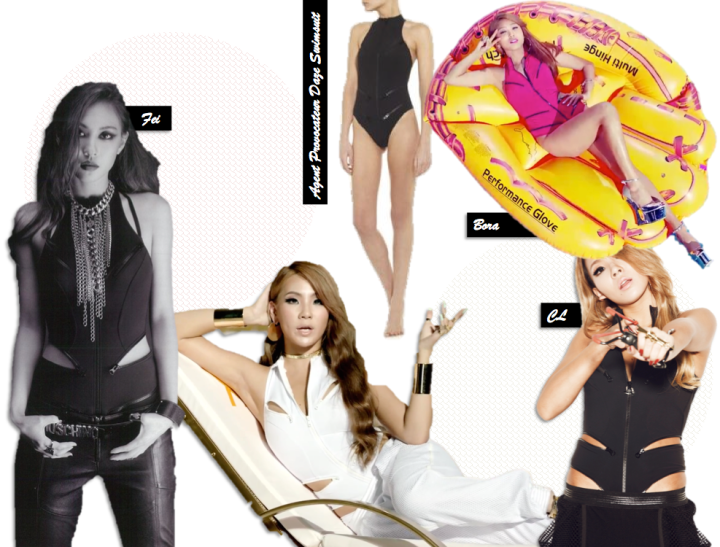 The next bathing suit brawl is between, 2ne1 leader, CL, Miss A’s Fei, and Sistar’s Bora. The Baddest Female, wore the Agent Provocateur Daze one piece in white for 2ne1’s “Falling In Love” music video back in 2013 as well as in black for her GQ magazine photoshoot for the July issue of the same year. Bora wore the suit in pink pool side for Sistar’s latest MV “Touch My Body.” Fei was spotted wearing the suit for Miss A’s photoshoot in Elle magazine’s November 2013 issue. 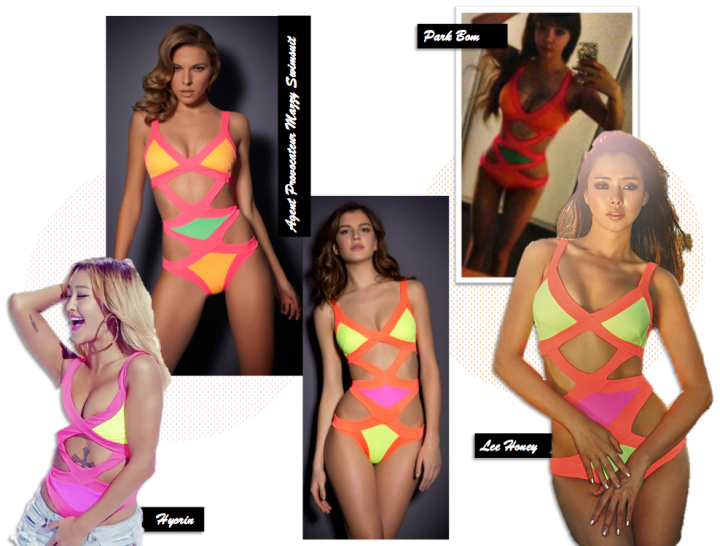 Our final battle is a three way showdown between idols, Hyorin and Park Bom, and model Lee Honey. The former Miss Korea wore the swimsuit for the July 2014 issue of In Style magazine. Sistar’s leader was recently spotted in the one piece for the group’s new music video “Touch My Body.” Finally, 2ne1’s Park Bom was seen wearing the bathing suit when she shared a pic of herself in it via Instagram.

4 thoughts on “Who Wore It Better?: Agent Provocateur Swimsuit Edition”