by Erika of Oddness Weirdness

Once upon a time I loved everything about G-Dragon. I loved his music, his fashion and his persona and thought he could do no wrong.  Yet… here I am risking virtual bodily harm to let you know:

Hi my name is Erika and I’m a lapsed GD-aholic.

I’m not quite sure how it happened or when it happened. All I know is that one day I looked up from fervently blogging about him and his quirky outfits and I thought: “GD? I’m just not that into you.”

Actually, that’s not 100% true. I do know how it happened, or I can at least give you the trajectory. I think it all began around that time in 2013 when G-Dragon started to get recognition from other parts of the world. He was hanging out with the likes of Will Smith and Skrillex, then later on Justin Beiber and Paris Hilton, to name a few. Everyone and their mama were visiting the famed YG Entertainment cafeteria and all kinds of random people were tweeting about him.


Then came his friendship with Ben Baller.  Pic after pic of him flossing in his diamonds and pearls with his new BFF started to show up, and that’s when I began to give him a little of the old side eye. I started to think he was trying a bit too hard to get more fame and recognition, but I also thought that he deserved to do whatever he wanted to do. It’s his life and he can look like a douche bro if he wants to, right?

I was conflicted…. but there’s more.

Jiyong’s musical stylings began to pop up in other YG artists’ offerings. There’s nothing wrong with that, except there is. I get enough GD music from GD, which means that I don’t need other kpop idols to sound like him too.

Cue me starting to get just the tiniest bit burnt out, especially after I realized that he had no qualms with wearing an outfit like the one below: 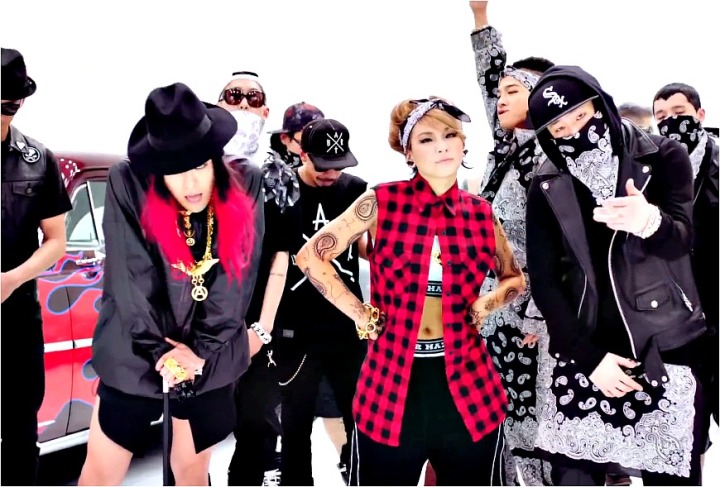 I mean, I know G-Dragon’s style has always been pretty out there, but it was fun and irreverent and almost avant garde, which worked for him. I know I’m not the only one throwing shade when I say that noone would look cute in that outfit.  That’s not avant garde, that’s just ugly.

Little did I know that I’d eventually wish to see him wearing something insane like his “Baddest Female” outfit, if only he’d stop rocking what seemed like all St. Laurent, everyday, all day . I know it sounds odd, but I’d rather see G-Dragon wear a gold lame shirt and pants combo than one designer all the time. It’s boring, and it’s not always that flattering.

Little by little my Jiyong feels faded away.

The straw that really broke the camel’s back ended up being the infamous Coup D’état “blackface” incident. Calm down, GD stans: I know it wasn’t really blackface. What pissed me off the most at the time was that, instead of sending out a general message saying he realizes there’s a controversy (but not to worry because all will be revealed soon), he just… doesn’t say anything. That, to me, signaled a marked lack of caring towards certain subsections of his fandom, and I just can’t with that.

Now that we’re left with “turnt up” and “swag” GD, would it be weird to admit that I miss “Crayon” GD?  In fact, I even kind of miss that crazy ass blonde weave/wig from “One of a Kind“.  I’ll confess that I tried to get back the G-Dragon love, I really did, but it’s just not working for me. Maybe I should take a break from him, let my feels air out a bit. That sounds like a plan.

G-Dragon,
Let’s break up for a bit. It’s not you, it’s me! I know I’ll relive our time together and smile fondly. Hopefully I’ll fall for you again in the future, but for now, I think we should just be friends.

Source: BIGBANG, xxxibgdrgn.  All images credit where due.

2 thoughts on “[Guest Blogger Week] Oddness Weirdness: Hey G-Dragon! I’m Just Not That Into You”