by Lore of Stone Cities

“To script or not to script, that is the question.” Well, it is not really the question per se, but it is a hot point of contention in the world of Korean Variety shows. Without fail every few months a new scripting “scandal” (and I use scandal rather loosely here) crops up around a show. We Got Married is a favorite target, but it happens to plenty of other shows as well. Netizen comments soon follow and for a few days the Kpop culture inter-web deals with the pros and cons of scripting in variety shows. Then people forget and we hear little about the issue until the next controversy. 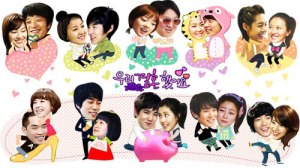 So, why would I bring this all up? Well, I watch a heck of a lot of variety shows. Way too many in fact (I realize I have a problem, okay, I can’t help myself – it is all of the colorful captions, I swear). While I don’t hold a degree in television studies I do have a lot of experience watching a plethora of variety program. So – to script or not to script, that is this posts question.

Before we look at scripting we need to realize that some things have to be put down on paper for a show to run smoothly and therefore are not part of the question at all. Guests, an overall episode structure, and the like need to be documented for any show (be it reality or variety). The production crew cannot go into a show blind, which I think we can all agree about. After that is where ‘the should they or shouldn’t they’ waters muddy.

Should guests be told what to say? Should fixed cast members be told how to react? How much should anyone appearing on the show, know about what is going to take place?

Largely it depends on the show, the cast, and the guests. But the basic answer is uniform –yes, scripting does and should exist in variety programming.

Variety shows are entertainment shows not reality programs. They are not documentaries meant to capture people and places for educational, transparent reasons. Viewers tune in to be entertained. If scripting exists to heighten that level of entertainment, why should we complain (the show is doing its job, right)? 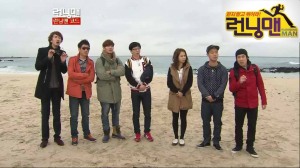 For example, take a show like Running Man. This program features guests and a fixed cast taking part in challenges. At times it can be glaringly obvious that the cast loses challenges to guests, but I am okay with that because it keeps me entertained. I laugh more when the cast focuses on delivering entertaining situations, and if scripting is behind that, so be it. While I doubt that the cast is given a complete script of everything they need to say, I have no doubt that they are at least given direction as to certain reactions which heightens the entertainment value of the show.

We Got Married is a program that is often targeted as a show that is scripted for the worse (and the show often denies scripting, despite evidence to the contrary). The argument is usually that the entire thing is fake. Which, it kind of is. It is an entertainment program after all. While I will admit having times that I wanted the pseudo spouses to get together off screen, the fact remains that purpose of We Got Married is to provide an entertaining look at an arranged, on screen marriage. If scripting gives viewers such memorable couples as the Lettuce Couple, what can be the downside? After all – actually watching two strangers pretend to be married without a script available for direction has a high likelihood of being less than engaging (trying watching Romantic & Idol for a look at a less scripted and more painful dating version of this premise). 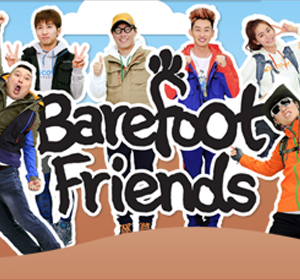 Of course scripting can be light, as in scene setups in a show like Superman Returns or Real Man, to heavy like with We Got Married. The entertainment value of a show using either type of scripting is dependent on the cast, premise, and execution. Blaming scripting for a variety show’s failure is exclusionary of what makes a popular variety program. A bad variety show is a bad variety show, scripting or not. Take 2013’s variety hopeful Barefoot Friends. With a stellar cast right out of the gates there was little reason why this show should fail. Yet it did. What happened? The premise became hazy and the show became less interesting. The concept and execution wavered. Scripting did not kill it, a lack of focus did.

In conclusion, watch variety shows for what they are – entertainment programs. While scripting exists, it is not what makes or breaks a good variety show. Execution and concept is more important than how much scripting exists in a show. If the execution of scripting is poor, than the show suffers. Again, it depends on execution, not the level or existence of scripting itself. Scripting can, and often does, enhance the entertainment value of variety shows, when done right. But, if you are looking for REAL reality, then I would suggest variety shows are not the best place to start. Trust me, it says it in the script.

Words and things View all posts by Admin I