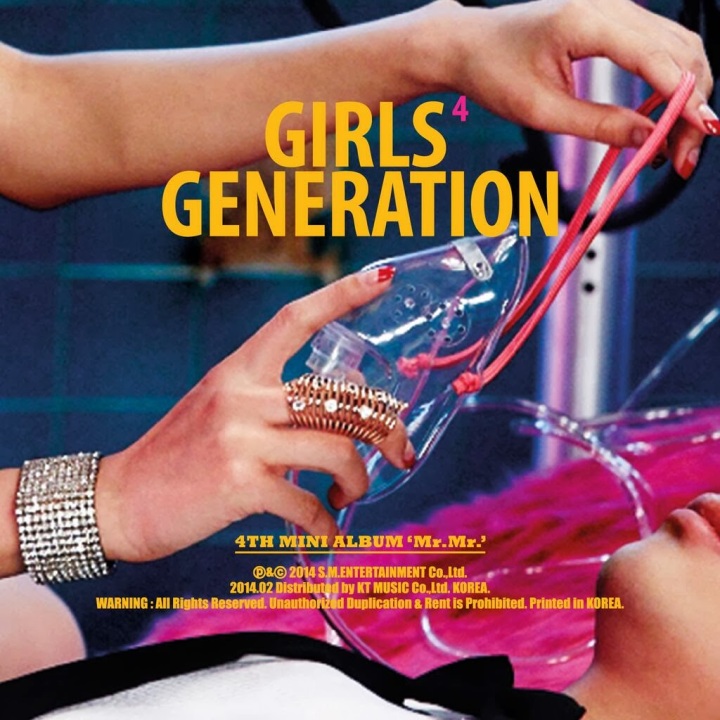 The Divine 9 is back after a year of hiatus from Korea, and playing doctor for their 4th mini album, “Mr.Mr.”

Here’s what I think of “Mr.Mr.” It’s a good song, it just doesn’t excite me. There was no part of this song that wowed me, blew me away, or made me sit up in my seat. Taeyeon’s solo during “Baby Maybe,” the group’s cover of Pixie Lott’s “What U Do,” the ending harmonization in “Run Devil Run,” and even the disjointed “I Got A Boy,” gives me goosebumps during the breakdown. Now, this doesn’t mean “Mr.Mr” doesn’t have interesting areas, the synths in the background, gave the feel of a robotic heart rate monitor, and made for an interesting layer to the sound of the song. However, like this album, as a whole there was no depth of sound.

The next, and biggest, flub, is their MV. Normally, GG’s MVs are visually exciting with good use of their large group size, but this time around their music video is a collection of shots of everything but the girls themselves. When we do get to see the girls, it’s in a poorly focused, and oddly angled shot.

The highlight of this album, and my personal fav, was “Wait A Minute.” From the heavenly harmonizations to the jazzy scatting, this song of hopelessly falling in love was a new, and intriguing side of the girls that left me wish, hoping and begging for more! Of all the songs on this album, “Wait A Minute” has the most depth. The girls explored so many new territories, which is all I’ve ever wanted from them, and they succeeded in doing so without losing site of who they are as artists. They draw on influences from Jazz, by incorporating scatting, but they made it their own by adding a bit of playfulness to it. At their core, Girls’ Generation is an extremely feminine group, with aegyo, and sexiness driving their every move, and for them, that usually means singing in high pitch, and girly sounding tones. What I loved the most about “Wait A Minute” is that they explore their deeper, more womanly tones, and doing so only enhanced the sexual/sexy element of this song. It helped to tell a story. They’re not trying to get a boys attention by being pretty, and cute, but they’re in love, and longing. With these successful exploration of different singing styles, “Wait A Minute” really shows that SNSD has grow as artists, more so than any other track on this album.

Overall, as you may have guessed, this album lacks depth. Generally, the songs all sound the same, but even more disappointing, they sound like any other SNSD album. With their last two album girls tried to go for a more Hip Hip/Americanized sound, only to fall flat, and this year they try to return to what they’re best at, and still failed. “Mr.Mr” ultimately felt like a hybrid of their “Chocolate Love” and “Run Devil Run” MVs. There was no freshness about this release. If anything, this album shows that Girls’ Generation may have hit a plateau in their music.