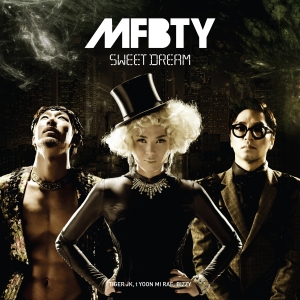 Trio, MFBTY made up of Hip Hop veterans, Yoon Mirae, Bizzy, and Tiger JK made their debut this year with “Sweet Dream,” on which they reintroduced their sounds, and raping styles to fans. “Sweet Dream” had everything you can ask for, from this group, amazing rapping, some singing, and a little bit of a weird video. It was perfection.

T.O.P made a surprise comeback with his 2nd solo song this year, and he completely rocked my worked! T.O.P just put all the weird he had into this song, and backed it up with a great, and very catchy song. He may be my bias, but no one can deny that they find themselves hopping around to this song every time it comes on. 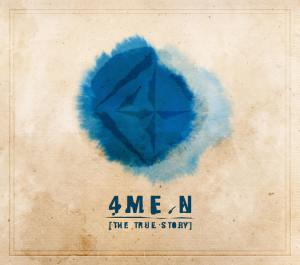 4men makes their 2nd appearance on my list with “안녕 나야 (Hello, It’s Me),” their sweet story of first love. 4men has a great thing going as a group, and this song is giving me more of what I love about them, perfect harmonization, spine chilling notes, and well written songs.

This was truly a year of great collaborations. This duo is yet another of my dream collaborations that lived up to all my expectations!! These two ladies have the best, and most beautiful voices in Korea, and this song played to all their strengths per-fect-ly!

Park Jin Young had a rough year, but he let fans know he wasn’t completely down and out by releasing one of the year’s best collabos! I loved Nam Gong Song Ok’s beautiful voice, plus a perfect addition from Gaeko made this song one of the year’s most memorable. I especially appreciated that that he brought in voice that hasn’t been heard by most, it brings in a fresh prospective.