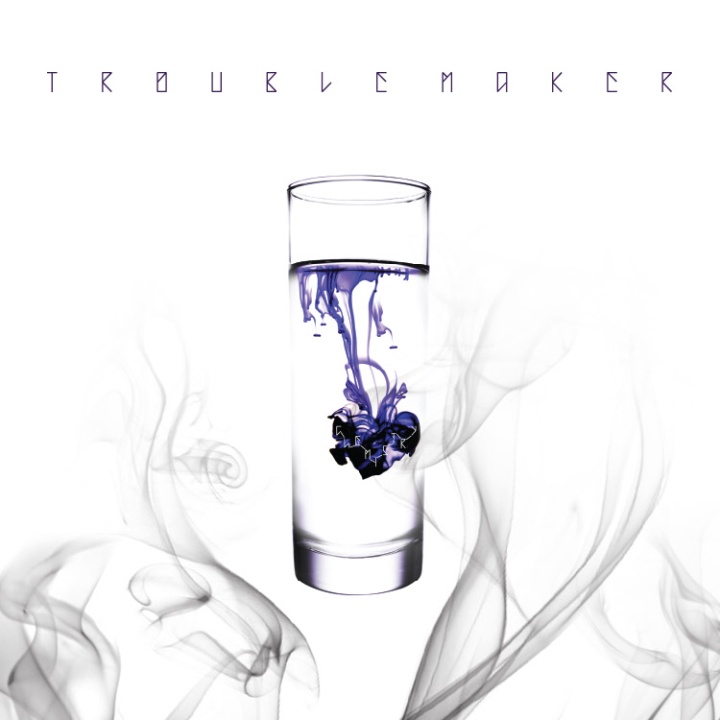 Labelmates, 4minute’s HyunA and B2ST’s Hyunseung, have returned as Kpop’s sexiest duo, Troublemaker, with a new mini album, and a new music video in which they explore the ups and downs of the life of a rockstar. Troublemaker’s debut in 2011 brought about a lot of controversy for its racy choreography, and HyunA’s skimpy clothing, but it’s like the criticism went in one ear, and out the other. With their “Now” MV, Troublemaker has covered just about every controversial topic they could think of. Drinking, fighting, and lots and lots of “sex.” In fact, after watching this video I am about 99% sure this unit was created for the sole purpose of allowing its members to date publicly.
*  *  *  *  *  *  *  *  *  *  *  *  *  *  *  *  *  *  *  *  *
Personal conspiracy theories aside, lets dive into their title song, “내일은 없어 (Now).” Something feels familiar about every aspect of this song. It starts off with a soap opera-esque saxophone intro, reminiscent of 4minute’s “Volume Up.” As the song progresses its style starts to fall in line with “Troublemaker.” It is easy to get distracted from the music while watching such a visually stimulating video, but when all the bright lights, shiny objects, and beer bottles are stripped away the music doesn’t sound all that different from their debut song, or some past releases from Cube Entertainment. The video is so familiar that the duo has even come under fire for plagiarizing Rihanna’s “We Found Love“ MV (you can see most of the similarities in the first minute and a half).
As for the choreography, it had no wow factor, and just added to this feeling of familiarity. There was still a whole lot of rubbing, and touching, and dancing around HyunA, but thankfully a whole lot less grinding, but as per usual, HyunA has been getting lots of flack for her hyper sexual image. After Troublemaker’s down right outrageous performance at last year’s MAMAs I’ve made a personal commitment to not commenting on HyunA’s sexy images. However, for the most part I think that this is the most toned down she has been in a while.
While their song lacked originality, and edge, there were some major improvement in terms of the line distribution. Both members, for the most part, stayed in their lanes. Unlike with “Troublemaker,” HyunA wasn’t struggling to belt out unreasonable high notes, but when she did have to sing it was within her range. But, this improvement is the only sign that Troublemaker has grown in any way, musical.
Both HyunA and Hyunseung had a solo song, but the execution of the album made them irrelevant. I found HyunA’s solo song, “I Like,” pointless to this album. My problem was not the with the song itself, because I actually loved it, what really bothered me is that it had no business being on the album at all. HyunA already has a platform on which she can show us what she has to offer outside of her 4minute persona. Troublemaker is the place for HyunA to show critics why and how she is a versatile artist. “I Like” could easily have been a title song for her on one of her solo albums. Hyunseung on the other hand has to use the platform he is given through Troublemaker as a way to show listeners not only that he is not just a middle member of B2ST, or even a former (short lived) member of Big Bang, but also his appeal as a soloist. “놀고 싶은 Girl (The Girl Who Wants to Play),” featured none other than, HyunA. By definition this song is by Troublemaker not by Hyunseung. If he was going to have a solo song, HyunA shouldn’t have been let within 10 feet of it, that defeats the purpose. Cube is home to 3 other rappers, one of which is a girl, and if they weren’t right for the song, why couldn’t they outsource like they did with HyunA’s solo. Aside from its odd choice of a feature, “놀고 싶은 Girl (The Girl Who Wants to Play),” was just an okay song, and would have been better off on a B2ST album. The song in no way put on display Hyunseung’s appeal as a solo artist.

It seemed like all the effort for “Chemistry” went into “Now,” and the ‘need’ to be provocative, and to almost anger fans with that provocative image. While the concept photos, and the promotions of the album reflected what “Now” is, it in no way reflected what the rest of the album sounds like, which indicated that this duo’s sole focus is to be be purposefully sexual.
*  *  *  *  *  *  *  *  *  *  *  *  *  *  *  *  *  *  *  *  *
Troublemaker is an incredibly innovative group for Kpop, being the industry’s only co-ed duo. That being said, expression of sexuality is to be expected from them, even encouraged. However, sexuality, and in Troublemaker’s case sex, can only carry any group or singer so far. “Chemistry” leaves me wondering at what point will Troublemaker show fans and listeners what it is that makes them exceptional, both as a unit and as individuals.
Scores:
볼륨을 높이고 (Turn Up The Volume): .5/1
I really loved the chorus, but the build up is too slow.
내일은 없어 (Now): .75/1
Even though I loved the song as soon as I heard it, I had to take .25 off for the lack of originality.
놀고 싶은 Girl (The Girl Who Wants to Play) ft. 현아 (Hyun Ah): .5/1
이리 와 (Attention): .5/1
I Like ft. Flowsik: 1/1