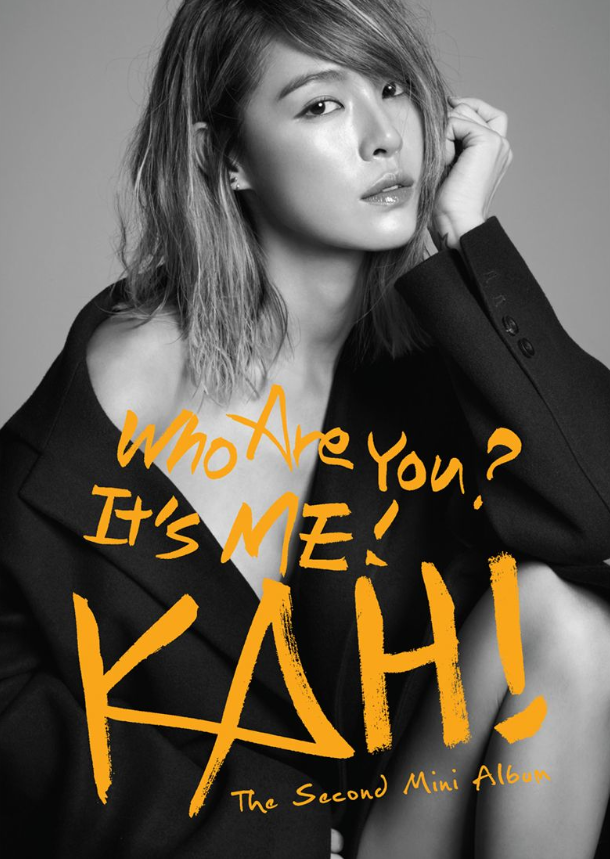 Former After School leader, Kahi, has made her long awaited comeback with mini album “Who Are You?”

While I hoped beyond hope, and prayed like nobody’s business (a little exaggeration never hurt anyone), deep down in the depths of my heart I knew that Kahi’s album would not live up to all my expectations. Mainly because Pledis Entertainment hasn’t produced a good album since After School’s debut, “New Schoolgirl.” Even with the help of outside artists, Dumbfounded, Jesse J, Yoon Do Hyun, Bekah, Swings, and Dok2, the album fell short.

When I first saw the tracklist I maybe this album will wow me, and who can blame me? You have Swings, who despite just coming off a scandal is still a good rapper in his own right. Then, there is Bekah, whom together with Kahi make up 2/3 of the reason I loved After School originally. I was expecting that track to bring about feeling of nostalgia for After School’s yesteryears. Then, I don’t know about anyone else, but I love Yoon Do Hyun, and everything about him, so again, I was expecting to be wowed.

How wrong I was. None of the songs matched what I expected or what I know these artists to be, and more importantly they didn’t reflect any part of the Kahi I’ve known. Simply put, “Who Are You?” is more thrilling to imagine than it is to hear.

I stand by my saying that Kahi is incredibly sexy for her “It’s Me” music video. She looks mature, not that she wasn’t already, its just that she seems to have grown somewhat. Her style is different, fashion wise and music wise, but that doesn’t make this video perfect. It barely makes it good. I’ve seen the videos where people sit by the pool, walk around town staring into thin air, dance off beat in the club, its all been done. What would have been refreshing is if she made the video about her dancing.

Let’s be honest. Kahi is not, and never will be the best singer in Korea. She doesn’t have the range, and if she did she’s have been After School’s lead singer not rapper. But, what she lacks in vocal ability she makes up for, ten fold, in her visual presentation. She has the stage presence, she has the crisp dance skills, she has the personality to distract from her average singing abilities. Because of this, her promotions should be focused on what she can do visually. Her music should be written with the mindset that ‘this needs to wow on stage,’ and “It’s Me” does not do that. That being said, she isn’t the artist to sing a song accompanied only by a piano, and drums.

Keeping with the subject of her visual presentation. The choreography, which is what I look for first with anything Kahi does, was very repetitive, much like the song itself. The chorus was just the constant repeating of  “I’m so this girl, I’m so that girl,” which is a constant and annoying English mistake in the world of Kpop.

I also wanted talk about “Sinister,” which for me was my most anticipated track for this album. In my mind, I thought she could have promoted this, had Bekah promote once, then change the rapper for every performance there after. I had big plans, then I heard the song. I basically have the same complaints for this song as I did for “It’s Me,” and that’s this didn’t play to Kahi’s strengths. She couldn’t have performed this and been able to wow me with the choreography because the energy became more sluggish as the song progressed. Like all the tracks, this song lacked the appeal it had on paper.

As for “Slow” I absolutely did not like this song. As I said before, Kahi is not a strong vocalist, and “Slow” was an attempt to make her something that she is not. “Slow” in no way played to what strengths she does have as a singer, and at times it sounds as though she was struggling to keep the notes.

This year I have seen artists who have taken long periods of hiatus wow me to death with their comebacks, proving each time that time is the key to a solid album. To think Kahi spent all that time on hiatus working on this album to make the highlight of it all her killer abs is disappointing, and makes me wonder why we couldn’t get this comeback earlier. Her abs have always been there. Another question, why did she graduate from After School? If this is what she had to offer solo, she could very well have done this within the group. While my love for her as a fan hasn’t swayed, I was disappointed.