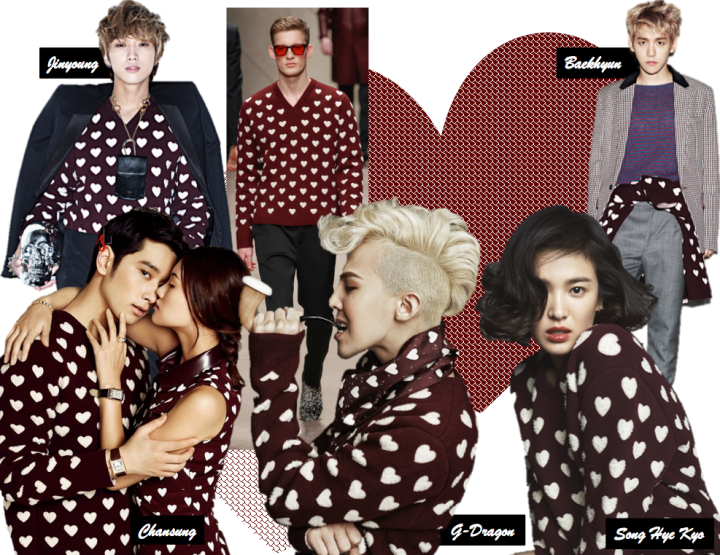 Its a battle of the hearts with actress Song Hye Kyo against Big Bang’s G-Dragon, 2pm’s Chansung, B1A4’s Jiyoung, and EXO’s Baekhyun in Burberry Prorsum.

Who looked sweeter in this heart sweater? Vote in the poll below, and be sure to share your thoughts on the looks in the comments below.

Spot two (or more) celebs in the same look? Send your finds to Asia 24/7 via email, and see your finds on the next edition of ’Who Wore It Better?’