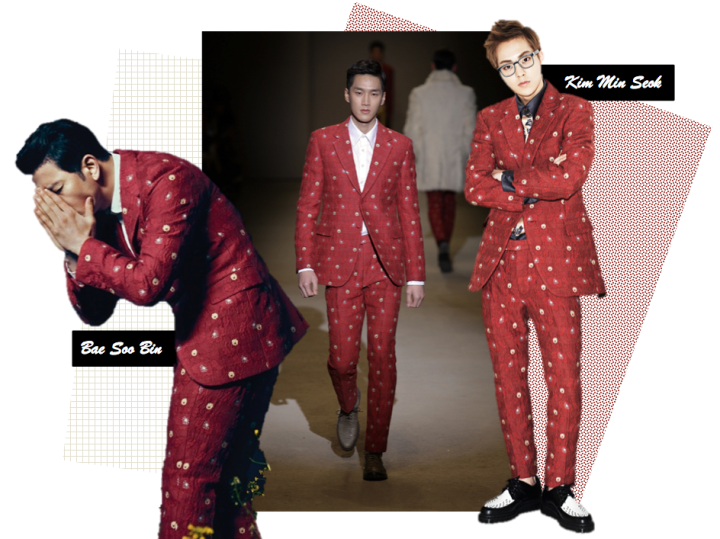 This week’s edition of ‘Who Wore It Better?’ brings a showdown with EXO’s Kim Min Seok and newly wed Bae Soo Bin.

Which guy do you think pull off his suit best? Vote in the poll, and share your thoughts on each look in the comments below.

Spot two (or more) celebs in the same look? Send your finds to Asia 24/7 via email, and see your finds on the next edition of ’Who Wore It Better?’