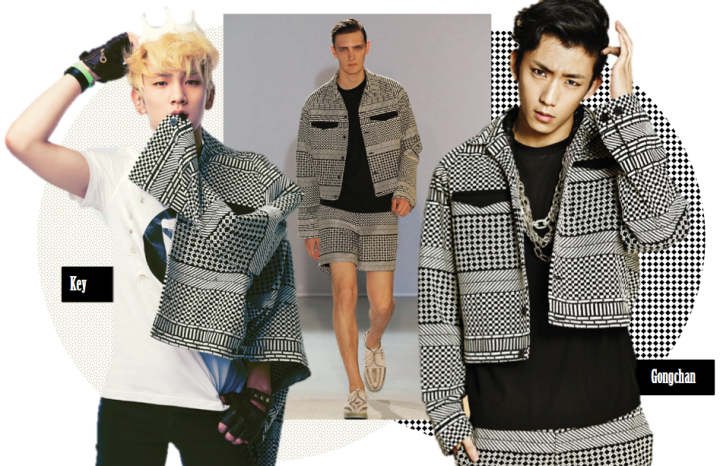 Its male idol vs. male idol in this week’s edition of ‘Who Wore it Better?’

SHINee’s Key faces off with B1A4’s Gongchan in this black, and gray cropped printed jacket from the Wooyoungmi Spring/Summer 2013 collection. Gongchan wore this jacket for B1A4’s photoshoot in the May 2013 issue of Marie Claire magazine. Key was seen in the jacket for SHINee’s April 2013 photoshoot in Star1 magazine.

Which boy band member do you think rocked this cropped jacket best? Vote in the pole, and share your feels on each of their looks in the comments.