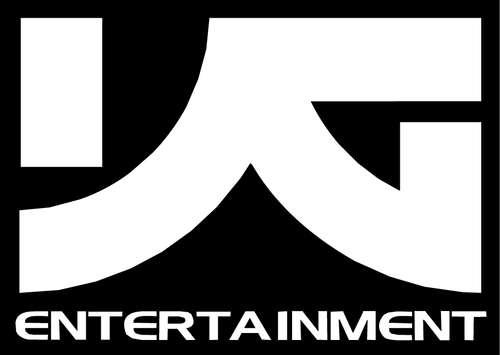 YG’s CEO is dropping more info on the going ons of his agency. He revealed that Superstar K’s Kang Seung Yoon will be debuting on July 15th with single, “Wild and Young,” which is part of his 6 song mini album. He also revealed today that he has TWO boy bands (going by Group A & B) in the works, one of which contains kid rapper, B.I from MC Mong’s last MV, “Indian Boy.” He also says B.I, who will be turning 17 soon, was named leader of Group B from age 14. One of the groups is set to debut this year.

Unfortunately, we have wait until MONDAY for info on Big Bang’s upcoming solo work. Stay tuned to Asia 24/7 for all things YG by following on Facebook, Twitter, and Tumblr.

When will KANG SEUNG YOON, the ex-Superstar K contestant, be debuting?

Unlike LEE HI, who made a debut immediately after season 1 of the talent show program was finished, KANG SEUNG YOON, who is an ex-contestant of Superstar K, has been preparing hard to become a professional musician for 3 years at YG Entertainment. On the show he aroused much popularity with his song “Instinctively”, which helped him be a cast on a big sitcom. Thanks to all this, many were curious of when his actual debut as a singer would be.

But good news first. KANG SEUNG YOON’s first solo album is a mini album with 6 songs, which is nearing its completion. On July 15, his first song ‘WILD AND YOUNG’ will be unveiled for the first time.

The much-anticipated first song is a fruit reaped by YG’s main producer, Teddy, which strays away from his past production. This song is a strong rock with KANG SEUNG YOON’s husky and powerful voice. His refreshing voice makes the song a perfect one for the blazing summer.

Unfortunately KANG SEUNG YOON’s first song ‘WILD AND YOUNG’ will not be aired on television. Currently we are still deciding on the date of his official album release, and I believe that the date will be confirmed depending on how the other pending issue goes. I will further explain this other matter tomorrow!

There are two boy groups in preparation at YG Entertainment, and because we do not yet have official group names for them, I will go with Groups A and B.

Group A consists of 5 members whose average age is 20 years old. Two of the members in this group are Kang Seung-yoon, whose solo debut date has just been confirmed, and an ex-contestant of K-Pop Star, Lee Seung-hoon.

Group B, on the other hand, is a younger group with 6 members whose average age is 17 years old. The then 13-year-old little boy rapper, B.I., who featured in MC Mong’s “Indian Boy” in 2009 has been appointed as the leader of this group since he was 14. This year he celebrated his 17th birthday.

Between A and B, who will be the first to debut?

As you can see from BigBang who took 7 years to actually make a debut, it is impossible to debut two boy groups at in a similar timeframe.

After much consideration, we are planning to reveal one of the groups this year. I will leave the rest to the audience completely to see how the plan goes.

For this, we have been shooting something called Real Survival Program every day and night. It will show the scene of a fierce battlefield between groups A and B.

The official name of this survival program is WIN, which stands for YG’s previous promotional phrase, “WHO IS NEXT”

The structure goes like this: the group that wins the most votes from the watchers can make a debut as soon as the program finishes. The loser group may be broken up or face member replacement. Nothing will be predictable.

The winner of WIN will be given with an official name WINNER. This WIN Program will be aired one episode a week for 10 weeks from the second week of July. WINNER will be making a debut the day after the 10th episode finishes.

The program may sound harsh, but this is a competition no professional artists can avoid in this field. This will be a program that portrays the reality in the most transparent manner.

How will WIN be run and how can the watchers participate?

YG is fully in charge of WIN Program, and the structure of the show will house many different forms.

WIN Program is a much-invested content with many experienced TV show experts involved. The show is produced by subcontracting and we are expecting to air it on national television. We will be cooperating with renowned foreign portal sites for our international fans. Foreign language subtitle service that includes English, Japanese, and Chinese will be provided as well.

In order to include the expanding market – i.e. the mobile market – we are in negotiation with Kakao Talk to encourage watchers to participate not only through portal sites but also through mobile devices.

How will KANG SEUNG YOON, who already has a debut date, be affected by this WIN Program?

I have been watching KANG SEUNG YOON prepare his debut intensely for the last 3 years. And to cut to the chase, I simply think he is “born to be a celebrity.” He’s just got that much talent.

So it was my ambitious plan to make him a multiplayer, who can handle both solo and group activities at the same time. Kang Seung-yoon has been preparing with group A members for the past 3 years. While his solo album aims to show an analogue sentiment he possesses, his participation in the group will aim for a wider variety of genres.

Have you ever imagined KANG SEUNG YOON dance?

Have you ever imagined him sing with other group members who are dancing to a strong hip-hop beat?

If you haven’t, you will be seeing it on WIN Program from July. I personally believe that Kang Seung-yoon is now ready to fly further and higher after 3 years of hard preparation at YG Entertainment since the young age of 17.

If group A wins the WIN survival, he will be carrying out both solo and group activities simultaneously as planned. And if group B wins, he will only be working on his solo album.

When specifically will BigBang members release their solo albums?

I will be back next Monday with more details!

One thought on “From The Mouth of Papa YG: Kang Seung Yoon Will Be Making a Debut In July & Two Boy Bands In The Works, One To Debut This Year”