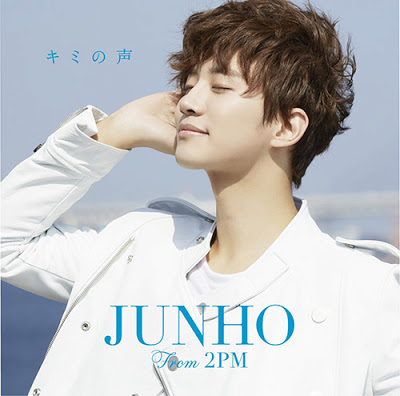 2pm’s Junho will be following in Big Bang’s Dae Sung’s footsteps, and making his solo debut in Japan! Junho will be releasing his debut album, “キミの声 (Your Voice),”  on July 24th, and embarking on a tour starting July 9th.

A MV teaser for “キミの声 (Your Voice),” was released earlier:

“2PM’s Junho will make his solo debut in Japan with his mini album ‘Kimi no Koe’ (‘Your Voice’). Junho’s solo album which is set to release on July 24th will be a mini album in which he took part in producing all of the tracks. Junho will also kick off his 11-concert Zepp tour across five cities starting on July 9th and hold his finale at the Tokyo International Forum on August 29th, making a total of 12 concerts during his tour.”

Do you think his solo activities will be a success? Stay tuned to Asia 24/7 on Facebook, Twitter, and Tumbler for more info on Junho as he gears up for his solo debut.