Nothing has been confirmed by YG Entertainment yet, but the rumor mill is hard at work with new teaser photos for what may be YG’s new girl group. 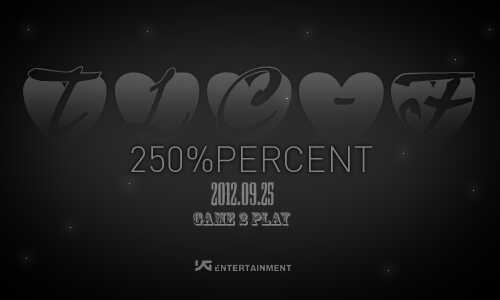 1. The groups name will be TLC-F. TLC for the American Hip hop/R&B group, and F for popular korean girl group Fin.K.L.

2. Their debut album will be a mini album titled 250% with 6 tracks. The title song will be Game 2 Play. It will be released on September 25th.

3. Their teaser will be released on September 2nd then 10th.

4. Dae Sung of Big Bang had a hands on position with this groups production. No information on what he did, or is doing, or his role.

There is speculation that an excited fan may have made all this up, or that YG is using an unconventional method to promote the group, but again nothing is for sure. The thing that makes me skeptical of the information is that YG announced a while back that he plans to debut SuPearls by September at the latest, and I find it unlikely that YG would debut two girl groups at the same time to have them compete with each other, especially since SuPearls already has a bit of a fan base.

Stay tuned to Asia 24/7 to find out more information on “TLC-F”, and YG plans for their debut as it is released.