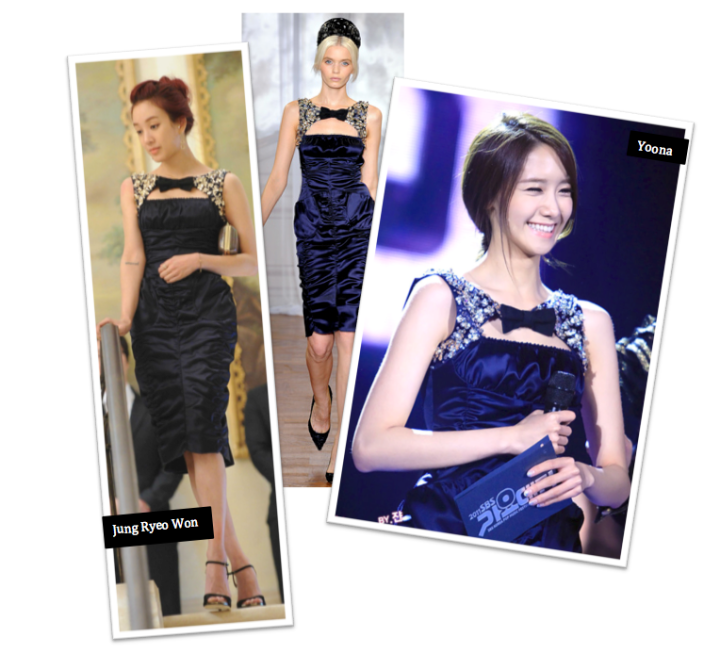 This edition of “Who Wore It Better?” is a showdown between actress Jeong Ryeo Won and Yoona of Girls’ Generation. Both women were seen in this blue knee length dress from the Nina Ricci Spring 2012 Collection.

Jeong Ryeo Won wore the dress in episode 7 of her hit drama “샐러리맨 초한지 (History of a Salaryman).” Yoona wore the dress to host the 2011 SBS Gayo Daejun.

Who pulled off the sexy hostess better? Tell me below, and vote in the poll:

One thought on “Who Wore It Better?: Jung Ryeo Won vs. Yoona”